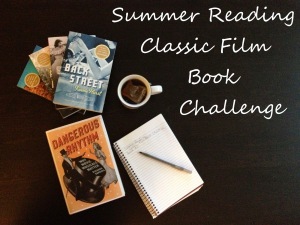 I just recently finish Max Alvarez’s The Crime Films of Anthony Mann, which was published by the University of Mississippi Press earlier this year. It was a perfect tie-in with a retrospective series the UCLA Film and Television Archive did in the spring on Mann’s work, where I also had the chance to see Alvarez speak about some of the films that were presented.

The book is not a biography of Mann, although Alvarez’s first two chapters cover the director’s upbringing in Point Loma, California, and his early work on the east coach as an actor and stage director. These chapters give enough background biographical information for later reference while talking about the case study films, and also serves as an opportunity for Alvarez to address certain points in Mann’s personal history that were previously unclear or existed because of longstanding rumor.

The rest of the book is made up of chapters focusing on specific films from 1942-1951. Narrowing it down to the “crime films,” only, the book explores a varied set of films ranging from B pictures made for Poverty Row independents to bigger-budget noirs made at the major studios. These films are what we’d call police procedurals or film noirs, or in some cases a hybrid of the two. By focusing on these films, it cuts out the more known Mann westerns, like the ones he made with James Stewart. It’s also an interesting sample set because of the exploration of the development of Mann’s own style no matter what the production circumstances.

Alvarez divides his chapters on each film into sections focusing on development, production and reception. For all three, he relies heavily on archival materials such as script drafts and PCA files. In looking at the film’s marketing and reception, Alvarez is able to offer some fun slogans and campaign ideas gathered from film pressbooks. The book also features a substantial amount of textual analysis. While at times some of this felt a little more like plot description with little other substance, most of the examples and their accompanying screen capture illustrations gave good context into Mann’s style and intentions.

Some of the most interesting work done for this book was on a lost noir that Mann directed for an anthology film for MGM called, It’s A Big Country. Reconstructing the plot and production information from scripts, Alvarez paints the picture of a taught noir episode that sounds like a very unfortunate loss.

Overall, I very much enjoyed this book, and found it a great companion piece to the Mann films mentioned within. As I found watching some of his B crime films, Mann seemed to leave a definite mark on his finished product, no matter what the budget or how implausible the plot. Alvarez’s thorough work highlights the dedication Mann brought to all his movies. The Crime Films of Anthony Mann is also a solid example of looking at a director’s work through production/reception and shows how Hollywood worked within the studios, with outside forces like the Production Code office and with exhibitors and audiences to get their films made and seen.

Special thanks to Laura for making it possible to read and review this book!